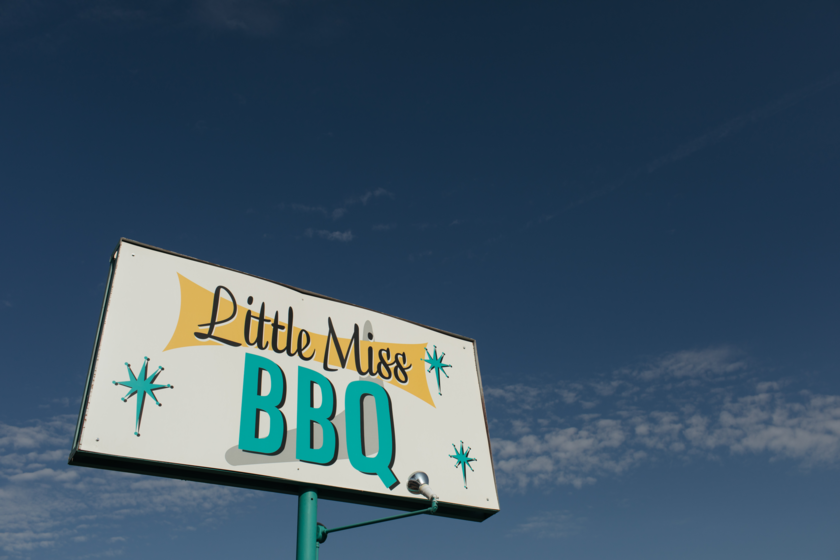 Little Miss BBQ is one smoking hot mama. Drive past the tiny one-room restaurant during business hours and you’ll likely spy a long line of hungry patrons-to-be outside, their fingers figuratively crossed in hopes of deterring the now-familiar “sold out” sign.

And this is in 114-degree heat, mind you. Such is the mastery that Scott and Bekke Holmes – who made waves in the Valley’s amateur competition scene before going pro last spring – have over the human palate. Smoked over white oak and served by the pound, on a bun, or plated with two sides, the mouthwatering meats of Little Miss BBQ don’t just constitute great barbecue – it’s some of the tastiest grub in town, period.
Pulled pork ($10.50/lb) is the prizewinning swine of the stable. The fork-tender meat is plenty palatable solo, and even better paired with plump house-made sausage in The Jefe ($9), a sandwich of impressive girth stacked with briny pickle slices and jalapeño on a yeasty wine bun. Fall-off-the-bone pork ribs ($13.50/lb) are similarly appealing. “Oh my God, these are the best I’ve ever had,” my dining companion moaned as she gnashed at the last tiny bits of flesh clinging to the bone. The Holmeses’ multi-hour smoking process imbues the pork with a strong woodsy flavor, while dry rub spices make for a Texas-style taste-feel that’s robust with a peppery finish. Condiments are highly unnecessary for these babies, though tangy house-made mustard and spicy-sweet sauces elevate drier meats such as beef short ribs ($18.50/lb). Crusted with a thick outer skin of spices and char, these ruler-size ribs were pleasant yet tough enough to be a chore.

In contrast, the popular “fatty” brisket ($18/lb) is so buttery that it practically dissolves on contact with the tongue. About halfway through the cooking process, brisket often “stalls” at the same temperature for hours. The trick to melt-in-your-mouth ‘cue is pushing through this lull and leaving the meat in the smoker until its collagen softens, something the Holmeses understand well. Though expertly prepared, the “lean” brisket option has a parched, less pleasing texture than its fatty brethren.
Turkey is a second-class citizen in the barbecue world, yet Little Miss BBQ’s version sold out before noon on all but one of my visits. Lightly smoked and dipped in natural juices, the bird is best enjoyed on a two-item plate ($15) with one of the richer meats, crisp and tangy coleslaw and savory grits. Creamy with a delightful after-kick, the cheesy jalapeño-studded hominy is the standout among four side dishes ($2 small/$4 pint).
Dessert maven Tracy Dempsey’s pies-in-a-jar are a pleasant end to the feast, though I preferred the richness of coconut crème to Dempsey’s stridently sweet peanut butter and chocolate confection ($6-$7 each).
Tucked in an industrial area between auto body shops and the occasional gentleman’s club, Little Miss BBQ barely qualifies as a sit-down restaurant. But the lack of square footage hasn’t deterred its cult following. The Holmeses’ fatty brisket is a competition barbecuer’s dream and the ribs slide off the bone. Little Miss may be tiny, but it’s a meaty force to be reckoned with. 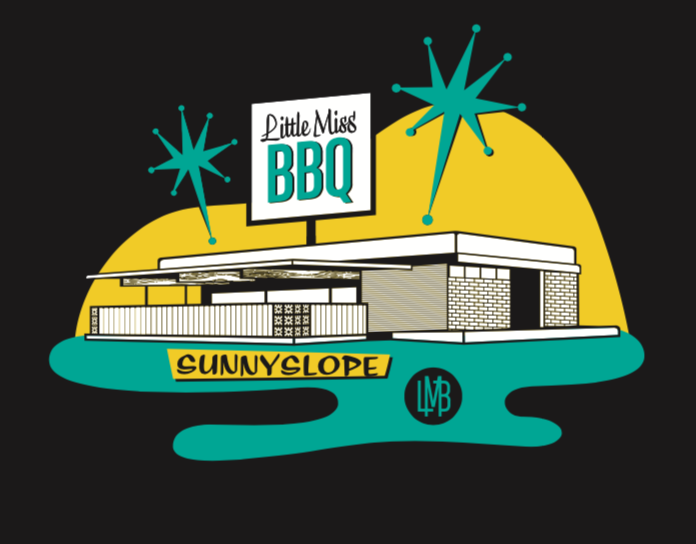 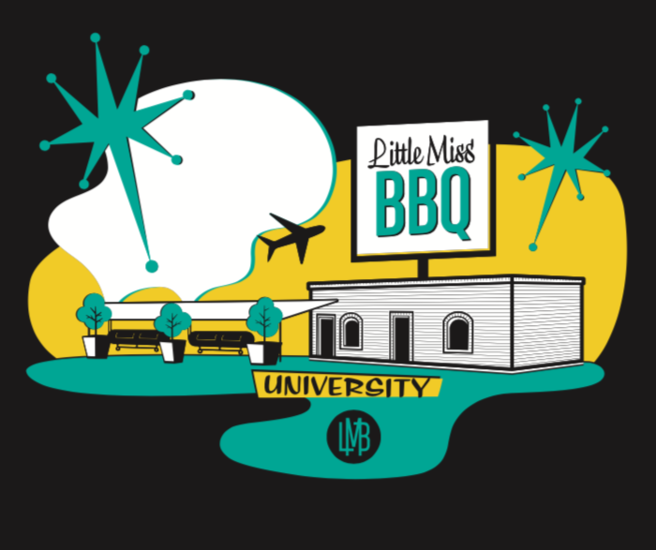